Most people see Paul Hollywood waxing lyrical about how easy baking is at home and how ‘you should really give this a go’ and think are you fucking serious I don’t have 12 hours to waste on my only day off this week thank you very much. I was the same. I had always considered baking anything other than a lopsided Victoria sponge very much a spectator sport. Like the skeleton bob at the winter Olympics watching is a thrill but partaking in it is mad, dangerous and potentially fatal. 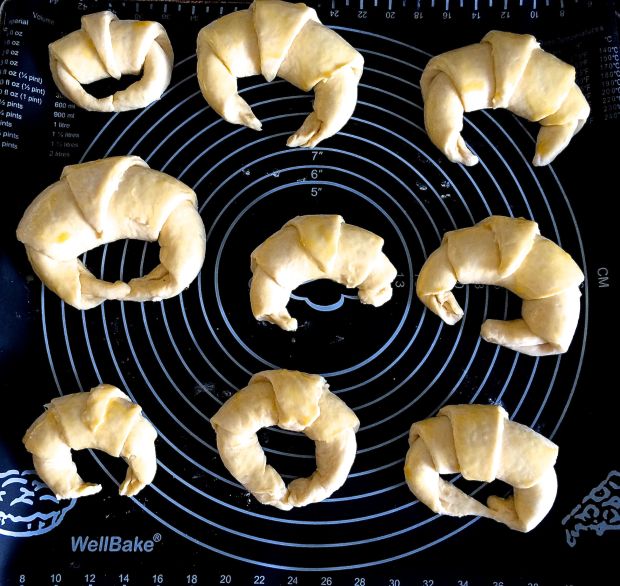 Since starting this blog though I have realised that I am going to have to foray into the world of baking a little more than I am comfortable with. Rather than going in slowly and starting with a gentle hill and a tea tray I have thrown caution to the wind and jumped headfirst into the icy abyss. It was my belief that pastry came from the shop but after I saw the aforementioned silverback attempting it on the box I thought that I should attempt to make some, in the interests of investigative journalism (and eating nearly a pound of butter).

Croissants are the easiest of the French pastries because although the dough is fiddly to master they don’t require any filling and they don’t need to look perfect. I will be honest this requires an unbelievable amount of time however most this time is spent chilling or rising. I would suggest making them on a saturday afternoon and leaving them to chill over night, then they will be ready for Sunday breakfast. I would definitely advocate giving these a go because they are actually not that difficult, they taste amazing and they cost nothing compared to really nice ones from the bakery. The basic recipe here is one I stole from Paul Hollywood’s website but with a few of my tips added in.