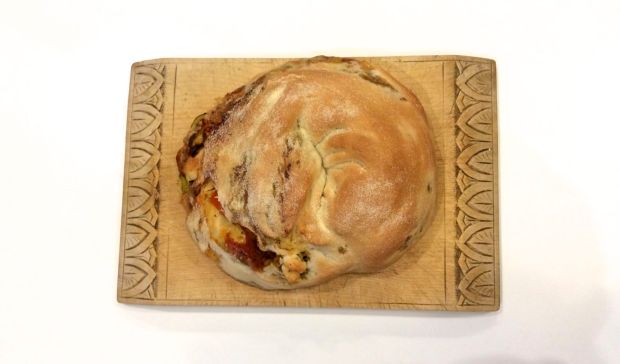 I have been a bit rubbish at posting recently because, although I have still been cooking like crazy, having a full time job hasn’t given me much time to sit down and write. This weekend though I found myself with a bit of time on my hands and I thought I would make a proper lazy Sunday recipe and tell you all about it. 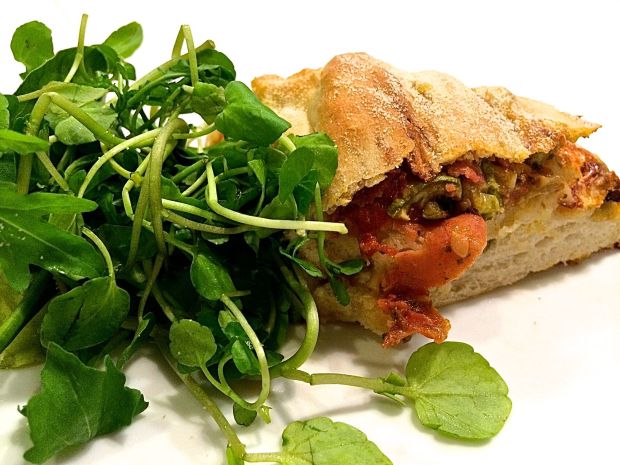 Bread is one of those things that most people don’t even attempt to make at home. People think it is too specialist, takes too long and involves too many annoying little stages.  Well bread does take a very long time to make but it is not really specialist or fiddly. In fact, if you stick to a basic recipe it is pretty difficult to go wrong.

This recipe is a bit of a twist on a classic loaf. Stuffing a loaf like this means that it can become an entire meal rather than just a side dish. This bread is perfect thing for taking on a picnic or serving as a centre piece at a buffet or BBQ. This recipe is for quite a small loaf so double up the quantities if you are feeding more people. For the filling you can use pretty much anything, I chose these flavours to bring a bit of mediterranean sunshine to these gloomy November days but anything you have got in the fridge will probably work. Just avoid things that are quite wet because they will stop the dough from cooking.

How to Make it:

Washing up Rating: ** I Used… a measuring jug, a teaspoon, a mixing bowl, a fork, a knife, a chopping board and a baking tray.

One thought on “Mediterranean Stuffed Loaf”