A full English breakfast is one of the world’s most glorious things. It is one of the only meals that is appropriate to eat “all-day” and it is pretty much the only thing that can truly help to cure a hangover. Whether you are a ketchup or brown sauce person, whether you love or loath black pudding and whatever accompaniments you think should be included, be they potato cakes, potato farl, tattie scones, oatcakes or lava bread, pretty much everyone loves a good fry up. 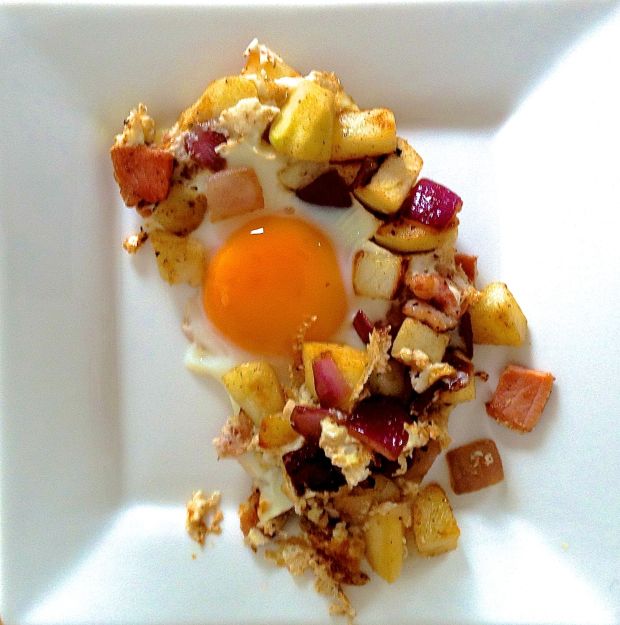 Having said that, there are some downsides to having a full breakfast every weekend. Aside from the inevitable damage to your coronary arteries, fry ups are a bit of a faff to make and they are not cheap either, due to the endless roll call of varying pork products required. For this reason, I have decided to lay off the fry ups for a bit and try out some lighter, cheaper and less complicated breakfasts for my lazy Sunday mornings. 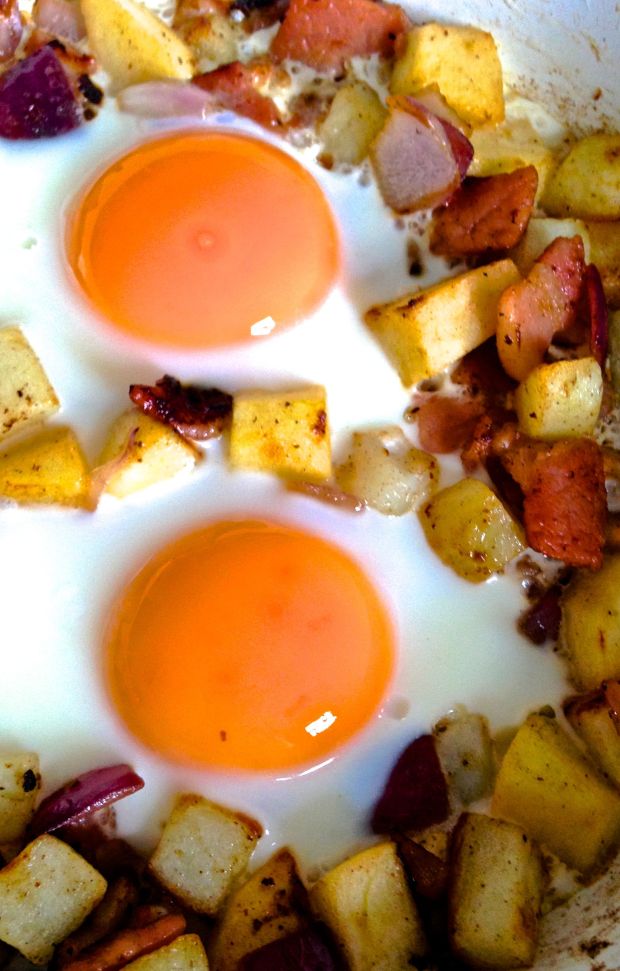 This hash ticks all of the boxes, it is really cheap and quick and only includes one cancer bearing pork product, which must surely be a good thing. It is also entirely made up of stuff that most of us have lying around meaning that hellish, hungover/ half-asleep traipse to the local supermarket can be avoided.

I used… a baking tin, a knife, a chopping board, a pan, a wooden spoon.